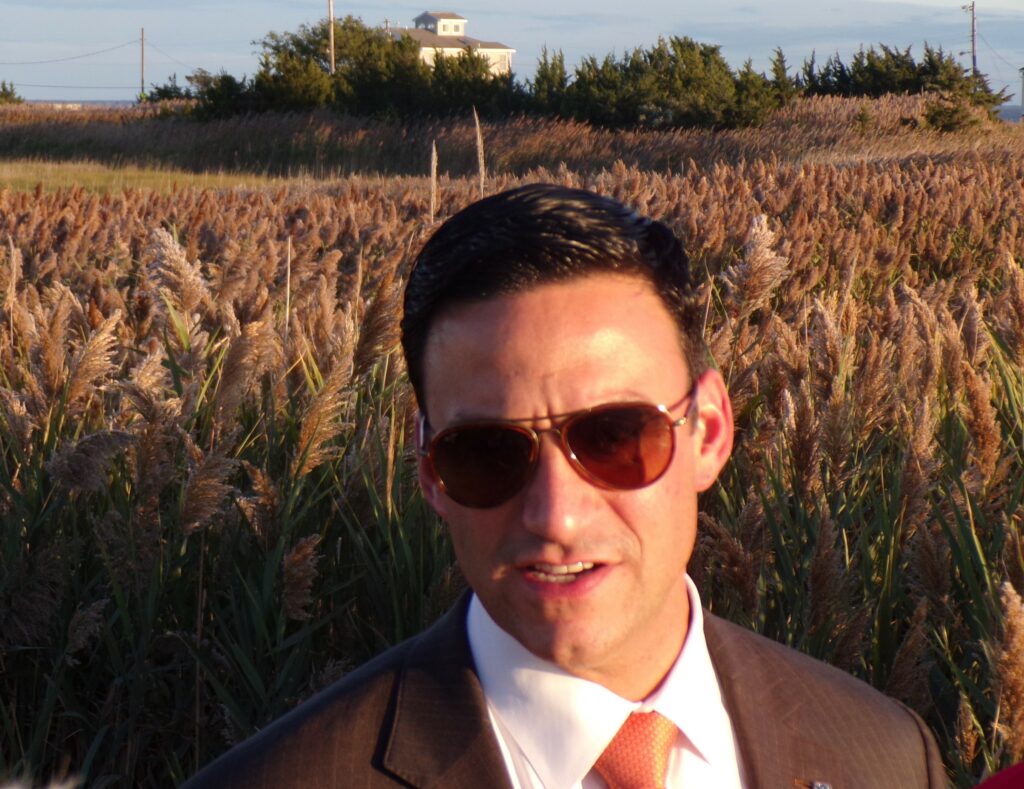 Phil Murphy likes sport analogies, so he had to understand when Republican Mike Testa said today that the governor was not only “moving the goal posts,” he’s playing a different game.

The forum for this was a conference call highlighting a suit filed by New Jersey Republicans (the NJGOP) against state executive orders on behalf of small businesses.

Testa, a state senator from Cumberland County, and state GOP chair Doug Steinhardt framed the issue as a “David vs. Goliath” type of thing.

They said the governor was arbitrarily picking winners and losers, which they deemed to be unconstitutional.

In some ways, this is an easy call. For example, food stores, gas stations and pharmacies are essential while antique shops, art galleries and dance studios are not.

But as Testa and Steinhardt pointed out, the distinction between the two is not always that easy. They said that Boardwalk shops are closed, so customers can’t visit them to buy sun glasses. However, they can buy them at a nearby Wal-Mart, which is open. Many big box stores also sell food.

Such alleged unequal treatment is the basis for the suit, which was filed in state Superior Court, Cape May. It was filed on behalf of such small businesses as barbers, horse trainers and brew pubs, the
Republicans said.

Testa’s “goal post” claim stems from his belief Murphy has been changing course in the middle of the pandemic. He noted that originally Murphy talked about “flattening” the curve, which in many ways has been accomplished.

So, Testa’s point is, why haven’t executive orders been rescinded, or at least modified?

He and Steinhardt argued that the state has to trust small businesses to open responsibly – presumably with mandated social distancing in place. The simple politics here says this is another sign of Republican
unrest over how the governor is handling the pandemic. Previously, there have been calls for legislative hearings on his response and also some independent calls for outright public defiance.

In his daily briefings, the governor tries to tune all this out – at least publicly – and insist that all decisions are guided by science and health data. Steinhardt countered that the governor is now
ignoring that very data.

Suits can take a long time, so this one certainly may outlast the duration of the executive orders in question.

But for New Jersey Republicans, you have to figure it’s the point that counts.

One response to “Describing NJGOP Lawsuit, Testa Turns Murphy’s Sports Analogies Against Him”