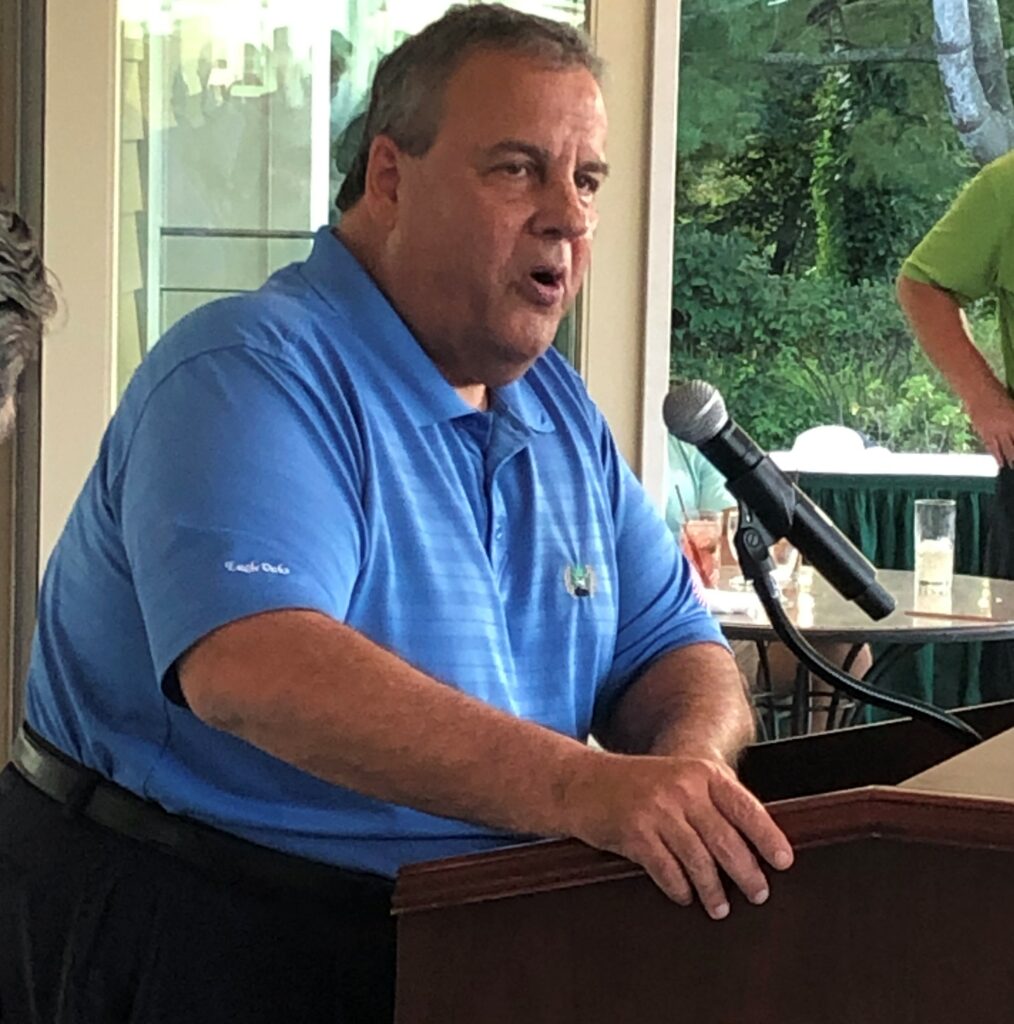 The Republican Party nationally is beset by a civil war between paleoconservatives and authoritarians, the latter who really aren’t conservatives at all.  Indeed, the conflict is it its early stages, but Tuesday’s Georgia GOP gubernatorial primary may well prove to be a decisive event, leading to the ultimate victory two years hence of the paleoconservatives- and the Republican presidential nomination of former Vice President Mike Pence.

The key player behind the ascent of Pence will be Senate Republican leader Mitch McConnell, the ultimate GOP partisan, who actually loathes former President Donald Trump – and fears that the anti-democracy feature of authoritarian Republicanism, which became manifest in the insurrection of January 6, 2021, could relegate the Republican Party to permanent minority status.

The current dramatis personae of the GOP internecine struggle are as follows:

On the paleo wing are Mike Pence and Mitch McConnell.   Pence has no real paleo rival for the Republican presidential nomination.  McConnell will be his kingmaker.

Leader McConnell chafed under Trump’s autocratic rule throughout his presidency.  Yet he entered into a Faustian bargain of loyalty with Trump, both for the benefit of the Republican Party and to enable McConnell to achieve his goal of a reconstituted strict constructionist Supreme Court.  Since the insurrection of January 6, 2021, however, there is no such understanding in effect between the former president and the current Senate Republican leader.

The dramatis personae on the authoritarian GOP wing are Donald Trump and Florida Governor Ron DeSantis, both aspirants for the 2024 GOP presidential nomination.  The movement towards authoritarianism in democratic societies is international in character, its avatar being Hungarian strongman Prime Minister Viktor Orban, with whom both Trump and DeSantis have been often compared.

The dominant feature of paleoconservatism is adherence to “traditional conservative values” including American nationalism, Christian doctrine, “America first” priority in foreign policy, limited government, individual freedom, and above all, veneration of American institutions and conventions.  Its philosophical godfather is the 18th century Irish-born, British statesman and polemicist Edmund Burke, and its American political player embodiments are the late Ohio U.S. Senator Robert Taft and Barry Goldwater.

It must be emphasized that the paleocons, as distinguished from the authoritarians, venerate the norms, values, and legal constitutional framework of democracy and believe basically in individual freedom, as long as it doesn’t violate Christian norms against obscenity.  By contrast, the authoritarians believe in the unrestrained rule of the Hobbesian strongman, free to violate democratic norms and infringe upon individual freedoms in pursuit of his or her own personal agenda.

The American incarnation of authoritarianism is Trumpism, with its salient features of xenophobia, misogyny, racism, and anti-democracy, as I have extensively documented on these pages.  As offensive as xenophobia, misogyny, and racism are, they unfortunately will not prevent the election of a GOP president and Congress, as long as inflation persists at its current level of virulency.

The one Trumpian negative that could supersede inflation as an issue is the fear of a loss of democracy caused by a Republican authoritarian president.  Inflation is a temporary economic hardship, but the loss of democracy is a permanent deprivation of freedom.  Voters of all political stripes, left and right, venerate democracy and freedom, and they are highly likely to vote against any candidate who endangers these sacred rights, regardless of the condition of the economy and the views of the candidates on inflation.

I have often used the word “Fascism” in referring to Trumpism.  The reference is accurate.  I seem to be more effective with my centrist readers when I describe Trumpism as “authoritarianism.”  So out of an unusual abundance (for me) of tact and politesse, I will use the “authoritarian” designation in describing Trumpism.

Now for a report from the paleo- authoritarian battlefield:

The GOP internal fear factor of Donald Trump is waning, due primarily to increasing losses in GOP primaries of Trump-endorsed candidates. And the fatigue factor is rising, as Republicans tire of having to defend the Donald on actions of his reflecting racism and misogyny and potential criminal indictments against his January 6, 2021 insurrection activity.

Mike Pence is about to score a major pre-2024 presidential victory over Trump in Georgia, with the anticipated GOP gubernatorial primary landslide triumph of Pence’s endorsed candidate, incumbent Governor Brian Kemp over the Trump-endorsed challenger, former US Senator David Perdue.  This will mark the first direct GOP primary election confrontation between a Trump endorsed candidate for statewide office and another endorsed by one of his potential 2024 GOP presidential rivals.

This Pence victory in Georgia will markedly diminish the Trump fear factor within the GOP and substantially increase the stature of Pence, a paleo-conservative over the other major potential challenger to Trump, Ron DeSantis.   From this point on, every 2022 and 2023 Republican primary in which Pence and Trump support opposing candidates will be viewed as a presidential battleground between the two.

DeSantis is avoiding any direct confrontation with Trump over endorsed candidates in these midterm primaries.  He thinks that if Trump endorsees lose, he can inherit the authoritarian mantle and then defeat Pence, one on one.  This is a foolhardy strategy.  Pence will be far ahead of DeSantis, by virtue of the primary victories of his endorsees, and DeSantis will be left at the starting gate.

The distinction between Pence as a paleo-conservative and Trump and DeSantis as authoritarians is vital to understanding why Pence will emerge as the 2024 presidential nominee.

As long as malignant inflation persists, and as long as the GOP does not nominate a presidential candidate perceived as anti-democracy, the Republicans have a strong chance of recapturing the White House in 2024.

A rapidly growing majority of Republicans realize, however, how the electorate fears the permanent loss of democracy more than the temporary economic loss due to inflation.   A Republican tonic for these fears is the nomination for the White House of Mike Pence, the man who refused to steal for Donald Trump the 2020 presidential election.

If Pence receives the 2024 Republican presidential nomination, as I expect, he will need to designate a woman vice presidential nominee in order to diminish the misogynist image that the authoritarians have given the GOP.  The Pence running mate will be former UN Ambassador and South Carolina Governor Nikki Haley.

Please note that nothing in this column is to be construed as an endorsement by me of Mike Pence for the presidency.  I plan to make an endorsement of a presidential candidate at some point in late 2023 or early 2024.

And there will be a definite New Jersey winner and loser if Pence wins the GOP nomination.

New Jersey Winner:  Mike Ferguson.  The former Congressman is closer to Pence than any other political notable in the state.  Mike compiled an excellent record of accomplishment during his eight years as a Congressman.  He is likable, charismatic, and competent.  A strong White House relationship could be of enormous value to him if he decides to return to the campaign arena and make a run for New Jersey statewide office.

New Jersey Loser:  Chris Christie.  There he goes again.  After years of trying to slavishly ingratiate himself with The Donald, Christie, sensing the growing GOP disillusionment with Trump, is now making cacophonous anti-Trump noise, as is his wont, in order to arouse interest in another doomed Christie for President candidacy.  That won’t work – the former New Jersey governor failed to make a Washington Post list of the top ten GOP presidential candidates this past weekend. And now he will have to endure the ultimate indignity of witnessing the GOP  presidential nomination in 2024 go to the man who defeated him in the Trump running mate sweepstakes in 2016 and who replaced him that same year as transition team leader, Mike Pence.

More on Don Quixote Christie in a forthcoming column by me on the annoying tendency of New Jersey political media to give a prospective rerun of Christie for the White House much more credibility and legitimacy than it merits.