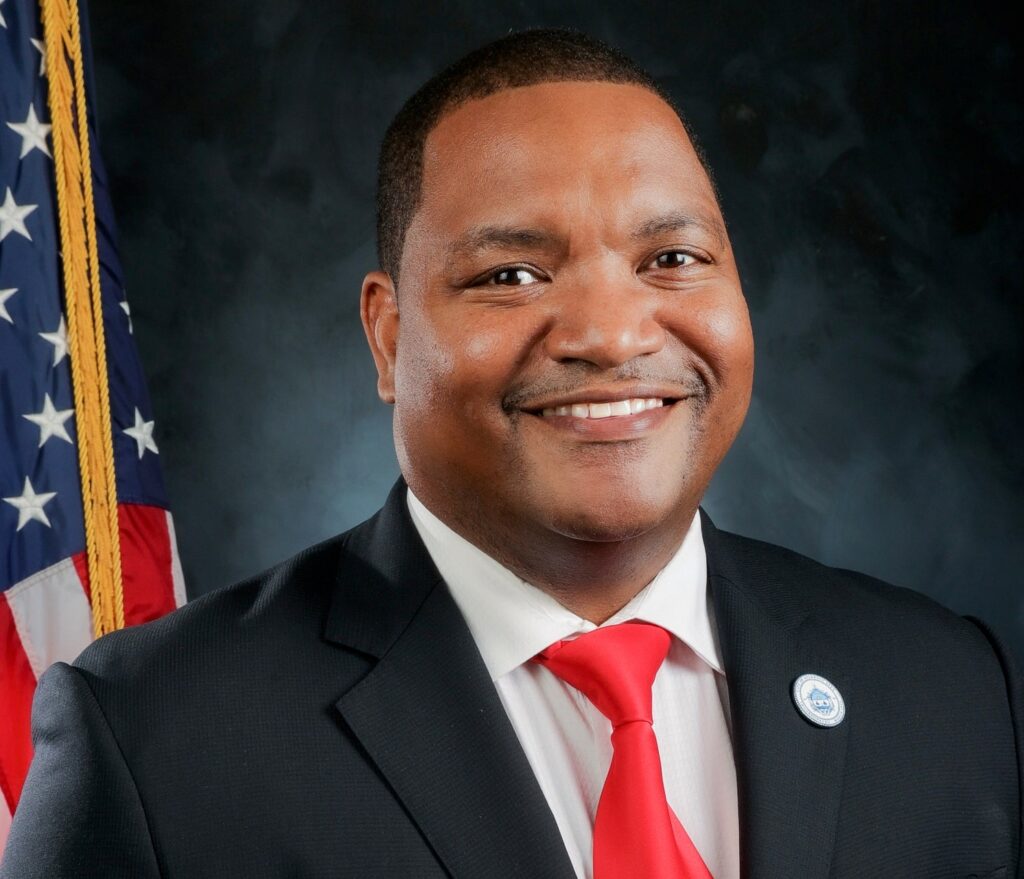 “Don Guardian has clearly sold his soul,” said Small, five days in front of the deadline for this all-vote-by-mail referendum election on May 12th.

Guardian, said Small, is all over the place advocating a “yes” vote to change Atlantic City’s form of government from mayor and council to city manager.

“He needs to be ashamed of himself,” said Small. “He’s not man enough to look me in the eyes. I saw him last week at seven in the morning on the boardwalk.

“He knows he can’t face me,” added the mayor.

What galls Small is the fact that the two men together opposed the state-takeover spearheaded by then-Governor Chris Christie.

“We laid them out and then he reversed himself,” Small said of Guardian. “So it’s ok to not take over the government when he was mayor, but now that I’m here, he says we need change. It’s offensive to the good people of Atlantic City, who are not buying it.  Infiltrating outsiders got the right number of signatures. Big deal. People sign any damn thing. But once people got educated, we united.”

Labor leader Bob McDevitt, chief advocate of the “yes” vote and referendum champion, hit back at the

mayor and the cadre of insiders in and around City Hall, and defended Guardian.

“We’ve consistently referred to them as a cartel for six to eight months,” McDevitt told InsiderNJ. “It’s almost like a club. They just alternate the king’s hat.

“Look, I know Marty says he’s educated and has a Master’s Degree, but he didnt logic or debate in college,” he added. “Those things he’s talking about are completely unreleated. Opposing a state takeover has nothing to do with a diffeernet form of government. It’s just simply breathtaking ignorance. Don Guardian? There are group of voters out there who respect him. He has a lot of respect in the city, especially among a couple thousand Republicans here.”

They are, McDevitt said, a very important part of his “yes” alliance.

But Guardian, Small maintains, will be the one still out in the cold when voters next week resolve this uncomfortable exercise.

What’s it like going into battle on Tuesday with someone you have to fight on Wednesday?

“It’s no different than the dynamic with Don Guardian,” said Small, whom he once backed in a general election. “Even when we were opposing the state takeover together, the world knew I was going to run for mayor. I’m consitent and I’m loyal. I fight for Atlantic City. I’m of the opinion that whoever is not for it, is against it. It’s a dynamic, but a dynamic I’m used to because I stand on principle.”

“Now is not the time for that,” said the mayor, who acknowledged campaigning against the referendum in gloves and mask while maintaining social distance.

It’s not the campaign he would want.

But he candidly never wanted this campaign, where to date residents have cast 4,000-plus votes, not counting the 1,200 harvested prior to the governor announcing an all-VBM election.

“Obviously, I love the streets,” Small said. “We’re in a worldwide pandemic, not a street thing – but we can’t take this election for granted. You’ve got to get out there. You’ve got people on the other side screaming ‘change, change.’ In the political world, Obama made the word ‘change’ popular. But in this case, those who yelling ‘change’ and ‘yes’ never presented a plan or a platform. The point is, if you’re selling draconian change, you have to present something. Name a government in America that doesn’t have a problem. But in the short six months that we have inherited a city in a crisis, we stabilized government and we have been very active with our quality of life and small business initiatives, and tackled knocking down Trump Plaza.

“In this city, we have not one testing site but two testing sites,” the mayor added. “Now is not the time to change our form of government or Atlantic City leadership. We are going to go until the bell rings by 5 pm on Tuesday, at which time the votes have to post marked. We will undertake a major push this weekend: robocalls, text mssages, and commercials on network television to motivate and wake up our supporters.”

McDevitt, for his part, was similarly energized on Thursday evening.

“The response of the voters has been consistently strong,” he said. “We’re running 2-1. We’re making sure voters put their ballots in the mailbox, and what we are hearing from people on the phones is genuine widespread support.”

For her part, revving up for what she expects to be her own July showdown with Small, Thomas-Fields has been phonebanking, educating voters, and working every day and hosting at least six Zoom conferences. She brought on VBM guru and ally Craig Callway for tutorials for people who never filled out a ballot, and routinely engaging voters on a one-to-one basis to let them understand the downside, in her view, of the manager form of government, and the hazards of losing initiative and referendum.