TRENTON, NJ – In an index published Tuesday by the Consumer Choice Center, the state of New Jersey has been named one of the worst U.S. states for vaping.

The Consumer Choice Center’s 2020 US Vaping Index categorizes and ranks each state based on its consumer-friendly regulatory approach to vaping products.

The study authors, David Clement and Yael Ossowski, North American Affairs Manager and Deputy Director of the Consumer Choice Center, said recent actions on flavored vaping products sunk it to the bottom of the list.

The full graph is below: 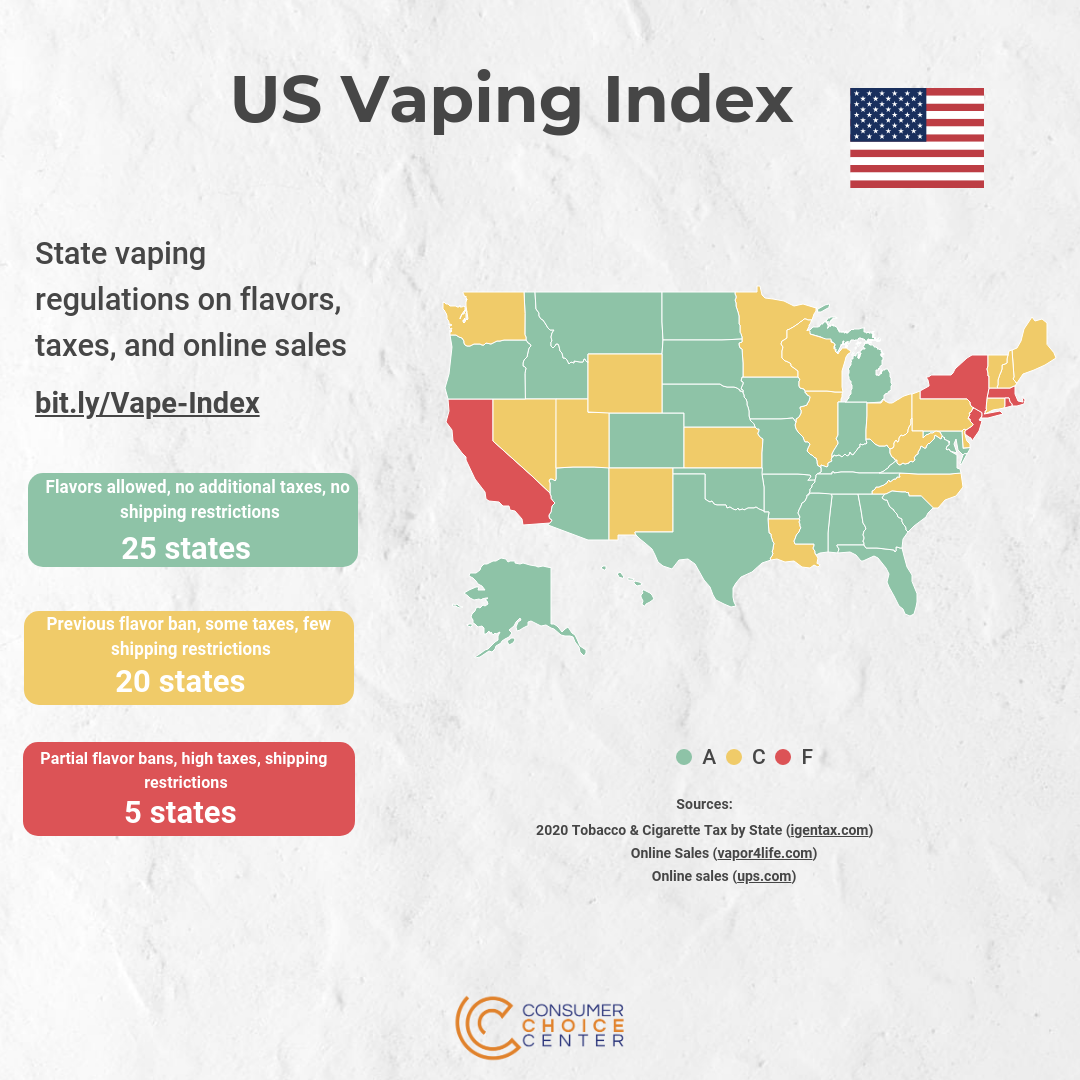 “New Jersey is far behind all the other states because of its flavor ban and its exorbitant taxation on vaping products,” said Clement, North American Affairs Manager at the Consumer Choice Center. “Our research indicates New Jersey’s policies deter adult smokers from turning to vaping, which could vastly improve and prolong their lives.”

New Jersey joined the states of New York, California, Massachusetts, and Rhode Island as the worst in the nation with a grade of “F”, while states like Virginia, Colorado, Texas, and Maryland each received “A” scores for more consumer-friendly vaping regulations.

“What lawmakers should note is that a number of states are providing a positive framework of regulation for vaping that boosts consumer choice while contributing to public health by encouraging smoking cessation,” said Ossowski. “Excessive flavor bans, taxes, and prohibitions on online commerce grow the black market sector and harm consumers who want less harmful alternatives to smoking.

“If states want to innovate in 2020 and provide adult smokers with an alternative that is less harmful, they should look to reform their state laws to better accommodate this new technology that is helping millions,” said Ossowski.