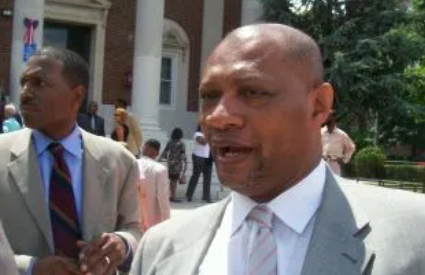 Bishop Reginald Jackson, who once served his church in New Jersey and now continues to occupy a forward position in a fight to preserve the United States Senate in Democratic Party hands, tonight said he gives his friend, Senator Raphael Warnock, a strong chance to win reelection.

“Two and a half million people have already voted,” Bishop Jackson told InsiderNJ, “and of that number, 49% of the votes are Democratic and 41% are Republican.”

Warnock is trying to stave off a challenge by former NFL Football star Herschel Walker in one of the country’s battleground elections, with control of the U.S. Senate hanging in the balance.

Bishop Jackson said that over 1,000 churches in Georgia have taken up the cause of Warnock, pastor of the Ebenezer Baptist Church, where Dr. Martin Luther King, Jr. served. “The churches have been making contact and organizing families as part of all-out effort. The outcome of this election will be determined by turnout, and we expect a huge turnout on Election Day.”

Bishop Jackson told InsiderNJ that he expects strong support for his candidate from the Black, Hispanic and Asian communities. “There may have been some slippage in other states in the Democratic Party when it comes to Hispanic voters, but Warnock and [Stacey] Abrams [another statewide Democratic nominee, who’s running against incumbent Republican Governor Brian Kemp] have made a determined effort with Hispanics and Asians in Georgia.”

The Bishop addressed the historic implications of the contests on his watch, both in Georgia and nationally. “As it relates to Georgia, the gubernatorial race and the senate race will determine whether 2020 was an aberration or the beginning of a changing of this state. A couple of things the pollsters have missed, for example, in a poll released by The Atlanta-Journal Constitution – they showed Warnock and Walker about even, but the problem with the poll is they based it on the 2018 population. The trouble with that is there are a million new people who have come to Georgia since then, and most are black and brown. Their poll is based on the white population in the state, which is tilted toward Republicans.”

Bishop Jackson also acknowledged that President Donald J. Trump urged Republicans not to participate in early voting in 2020. “He encouraged them to vote on Election Day, but after the Democrats won, Republicans realized they need to vote early as well. The number of Republicans who voted early exceeded the number in 2020, so what we see is the likelihood of the number of in-person Republican voters lessening tomorrow; and again, in the Warnock-Walker race, we’re up 49-41% right now.”

Warnock and Jackson are very close friends. They tlk at least once a week.

“The Pastor is an outstanding public servant and I have the greatest confidence in him,” Bishop Jackson told InsiderNJ.

As for how the contest in Georgia impacts the broader spectrum of American politics, he added, “I’m one of those who in previous elections frequently identified whatever was in front of u as the most important in the country’s history. And this year is no exception. In fact, I don’t have words any different to describe 2022. I don’t think there is any doubt that this is the most important election, perhaps with the exception of Abe Lincoln’s second term [1865]. As important as the names are, what is more important is the future of this democracy. I am anxious about the future of the country with people like Herschel Walker and Donald Trump running. There was a time when a candidate’s character mattered.

“We have a mindset now that we do something just because it works, even if it includes lying,” Bishop Jackson added. “It isn’t right but it works. The truth is of little consequence, it seems. What does it say about the voters and citizens of Georgia if Herschel Walker is elected to the United States Senate? It would give a victory to election deniers with no facts and no victories in court, and no evidence. More than 70% of Republicans accept what Donald Trump says. Notice, I didn’t say they believe it. They accept it, which brings up the third concern I have, and that is, the Republican Party speaks for about 40% of the nation’s electorate, which is absolutely opposed to immigrants coming across the southern border. They view people of color as a threat to their jobs, who will take their country away. This is an electorate that backs a man who described countries of origin for immigrants of color as – excuse my language – ‘shithole countries.’ This is a person who says he wants to ‘Make America Great Again,’ which is code for going back to no voting rights. If we’re not careful, so many rights we have are going to be taken away.

“I’m not sure the American people understand all that is on the line,” added Bishop Jackson on Monday night.