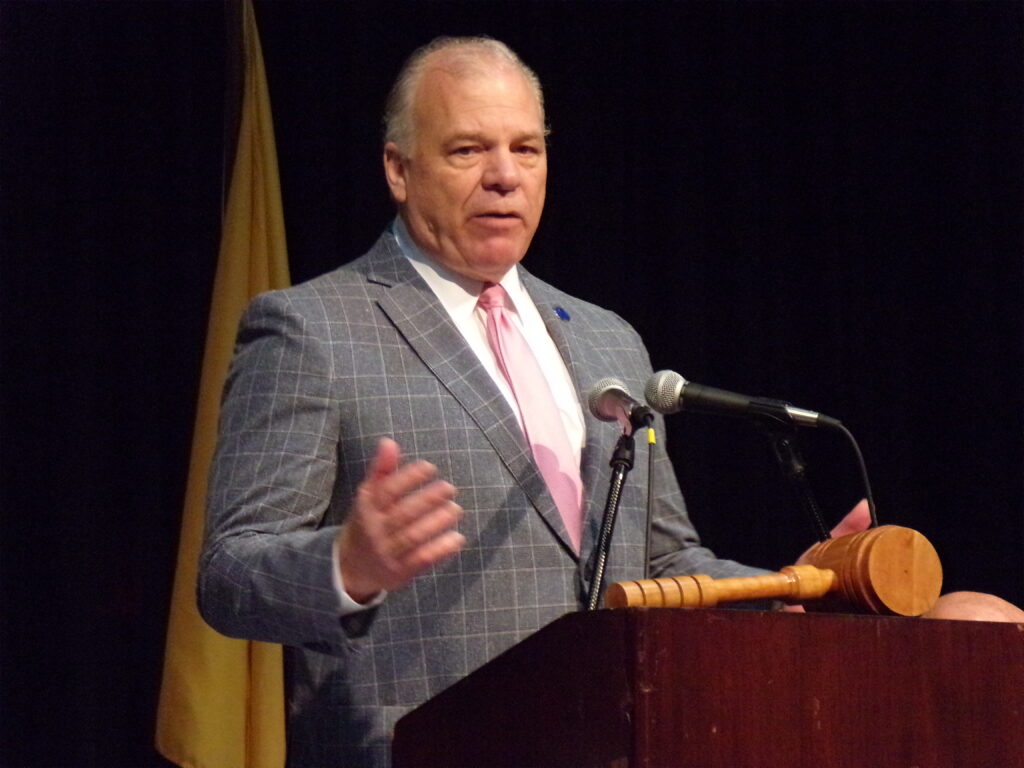 Four years ago, he and his organization fended off a multi-million dollar challenge by a concussive margin. This year a non-union truck driver with no money and only a Republican spot on the ballot expunged him from the legislature. Senate President Steve Sweeney lost (unofficially) in LD3 as a Republican tsunami in South Jersey deprived him and his running mates Assemblyman John Burzichelli and Assemblyman Adam Taliaferro of a return to the chambers.

Despite massive spending by the George Norcross-connected American Democratic Majority, Republicans swept in LD2, won the senate seat outright in LD8 and appear to have won the two assembly seats in LD8 as well.

It added up to a very bad showing for South Jersey and a senate president who had wanted to pick up a seat in LD2 and defend LD8, as blue collar towns around the state of New Jersey went with Republican Jack Ciattarelli over incumbent Governor Phil Murphy.

A loss by state Senator Vin Gopal in Monmouth County to  Republican Lori Annetta would knock another senate seat out from under the Sweeney-led caucus.

“South Jersey is dead,” a source told InsiderNJ at around 5 p.m. on Election Day.

It was for Democrats.

But Election Night 2021 proved another crackling victory in the south for the GOP, who had already supplanted former state Senator Jeff Van Drew with Republican Mike Testa (whose mother picked up a council seat in Buena last night) in LD1; and then welcomed Van Drew into their ranks in CD2.

Ocean was energized and counties controlled by Democrats – built on Building Trades muscle over the last 20 years – took countywide hits.

Right now, if Gopal loses as Mazzeo has, the balance of power in the state senate would go from 25-15 to 23-17. Assemblyman Andrew Zwicker (D-16) leads Republican challenger Mike Pappas in LD16, but it is a close contest.

For Sweeney at the heart of it all, the irony was that the progressive wing of his party championed by Murphy appeared to alienate so-called moderate working class white voters, who went in droves to Ciattarelli.

Murphy at the top of the ticket in South Jersey proved the kiss of death for Sweeney’s allies.

The senate president’s Path to Progress agenda specifically prioritizes and addresses many of the campaign concerns of Ciattarelli. In addition, Sweeney’s Building Trades base would benefit from the federal infrastructure package stalled in Congress by progressives advancing the interests of that wing of the party Murphy has attached himself to, as demonstrated by his 11th hour general election event with socialist Senator Bernie Sanders.